Cruising the beautiful Turquoise Coast, aka the Turkish Riviera, is a proverbial step back in time. With the exception of Bodrum and Marmaris, both popular holiday centers, the towns that dot the shore are sleepy seaside villages, simple and authentic, largely unchanged by modern times, punctuated by neighboring coves and beaches. They serve as gateways to some of the most impressive antiquity sites in the world. Among them the ancient city of Kaunos, dating from the 9th century B.C. with a mix of Greek, Roman, and Byzantine ruins. Not to be missed is ancient Greek city Ephesus, the most important seaport of its time and the location of one of the Seven Wonders of the World: the Temple of Artemis.

When to Go: May-October

Essential experiences: Ephesus, a flat bottom boat trip up the Dalyan River to Kaunos, past stunning high cliffs with tombs from of the ancient Lycian culture carved into the rock. Snorkeling over sarcophagi in Kekova.

Local Favorite: Memedof for the freshest seafood in Bodrum town, favored by the local cognoscenti. Macakizi, a hip beach club in Turkbuku and Sait at the Yalıkavak Marina for sunset. 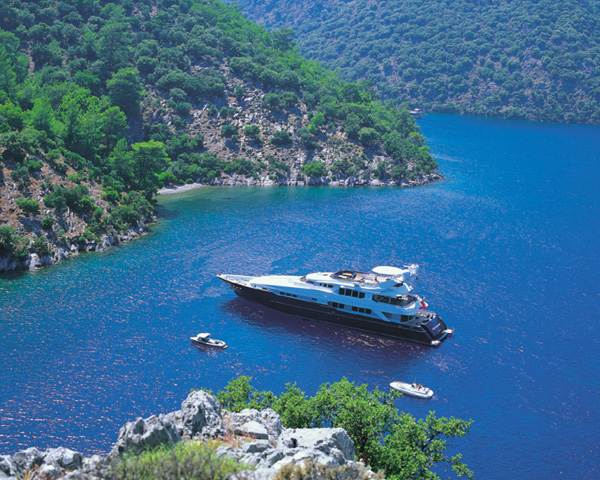